Rauschenberg purchased the Howland property, a strip of land between the Weeks and Van Vleck properties, from Waldo and Katherine Howland in two portions, on July 15, 1981, and on March 31, 1992. Waldo Cottage was once a worker’s cabin, as evidenced by the hooks on the walls from which temporary beds could be hung. It served as a retreat from the sun and heat during the workday for workers on a citrus grove owned by Clarence Chadwick. Waldo Howland purchased the property from Allan and Larry Weeks, which had a large garage where he sketched and worked. He was an esteemed yacht builder and preservationist of wooden boats, and his wife Katherine was active in the local community.

The garage was removed due to its dilapidated state after Hurricane Charley in 2004, and Rauschenberg had Waldo Cottage relocated from its original location next to the Weeks House. Waldo Cottage now serves most often as a writer’s studio. 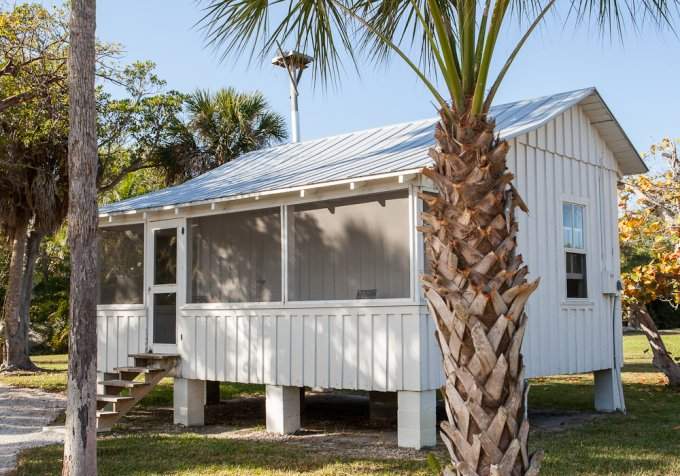 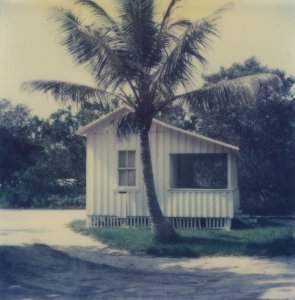 Waldo Cottage in its original location by the Weeks House, July 31, 1977. 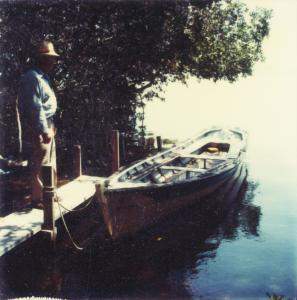 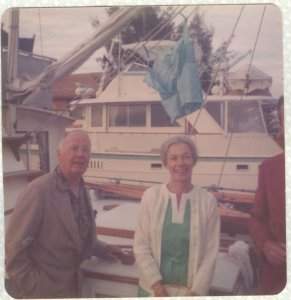 Ty Defoe and his collaborator Tidtaya Sinutoke on the porch of Waldo Cottage, 2016. Photo: Mark Poucher 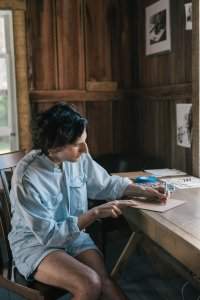