In 1970, Rauschenberg invited well-known printer Robert Petersen to live and work with him on Captiva. At the time, Petersen was an assistant printer at Gemini G.E.L. in Los Angeles and had printed editions for Rauschenberg, most notably his Stoned Moon series (1969-70), during which they formed a close friendship. In 1971, Rauschenberg purchased the Print House, which they called the Print Shop, and the pair founded Untitled Press, Inc. Neighbor Maybelle Stamper contributed proofing stones and an old Fuchs and Lang proofing press that the team restored, and Gemini G.E.L. contributed lithography stones. Rauschenberg even named one of the presses after fellow Port Arthur resident Janis Joplin. He and Petersen printed their own work as well as work for visiting artists, such as Hisachika Takahashi (also Rauschenberg’s assistant), Cy Twombly, Brice Marden, David Bradshaw, Robert Whitman, and Susan Weil.

Today, the converted garage studio space still houses a lithography press and etching press that the artists in residence use for printmaking work, and the rest of the house serves as a residence. 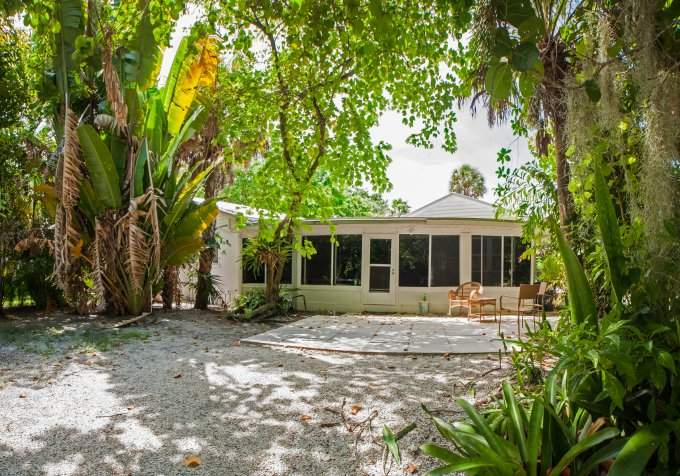 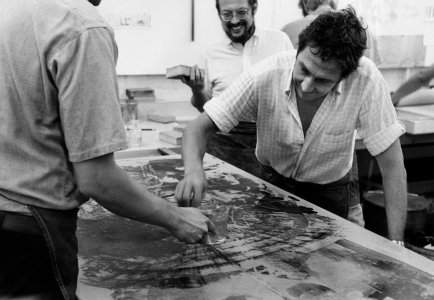 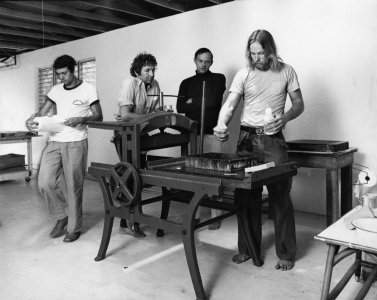 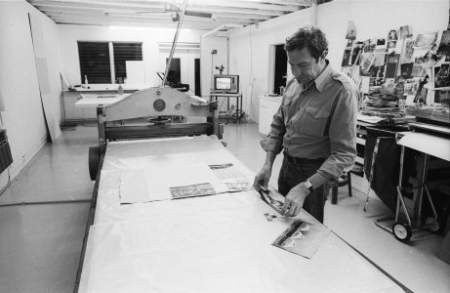 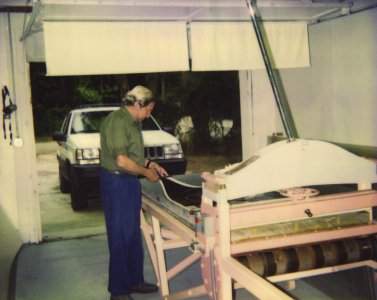 Rauschenberg in the Print Shop. 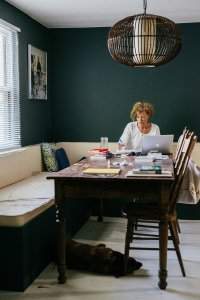 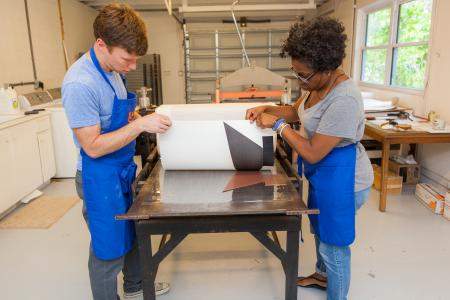 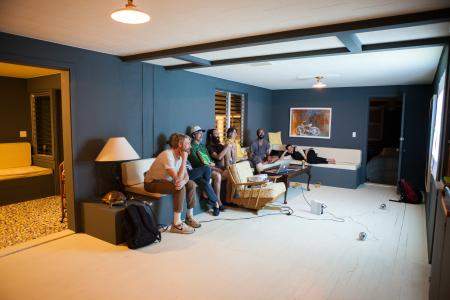