Today, the downstairs area houses wood and metal fabrication, a screenprinting area and a dark room, with a separate studio area with a kiln and welding equipment. A large freight elevator leads to the upstairs space – an open 3200-square-foot studio space with a converted gallery space called the Shotgun Studios, a digital printing area, a sound studio, and a full kitchen. The Main Studio provides both private and communal workspaces and is the hub of the residency. 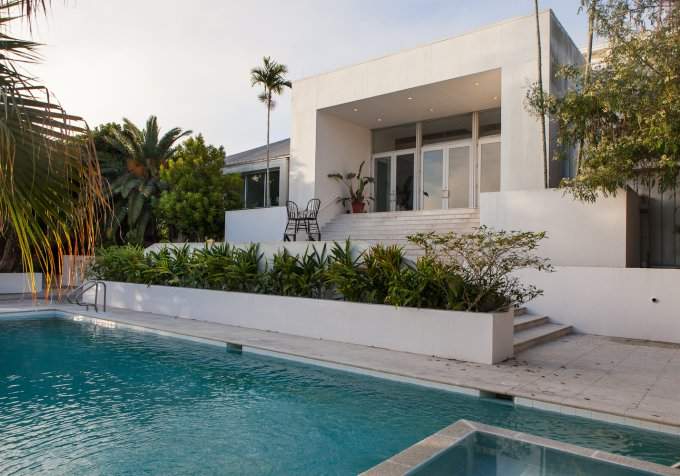 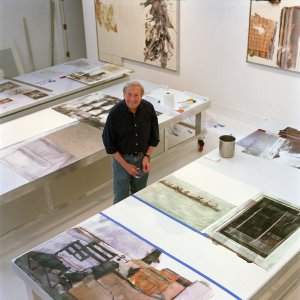 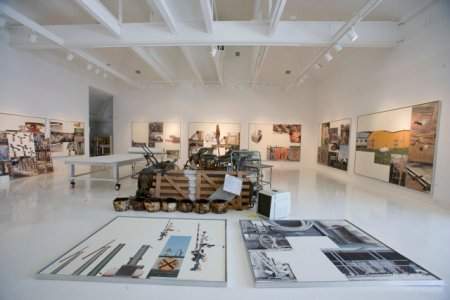 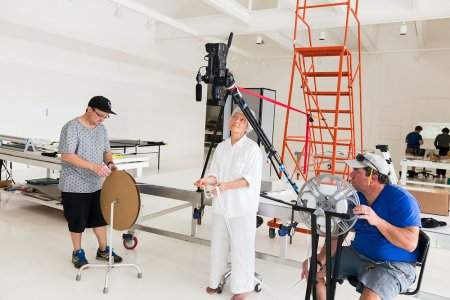 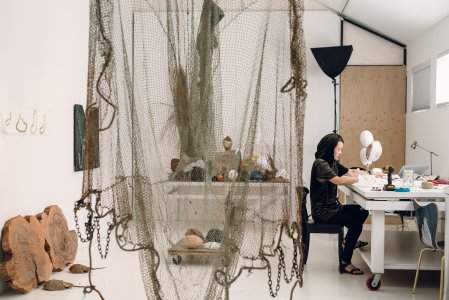 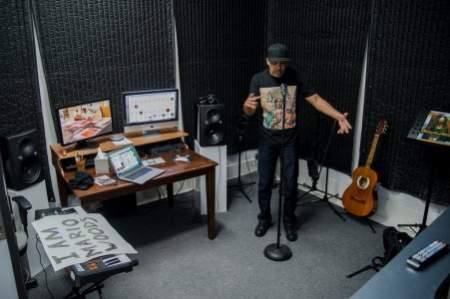 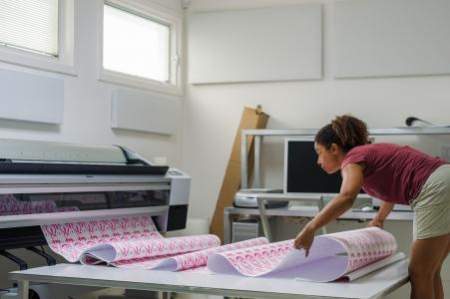 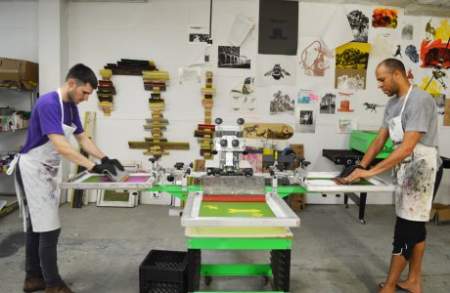 Will Rawls and his collaborator John Hoobyar screen print on the 4-color press in the Main Studio, 2017. 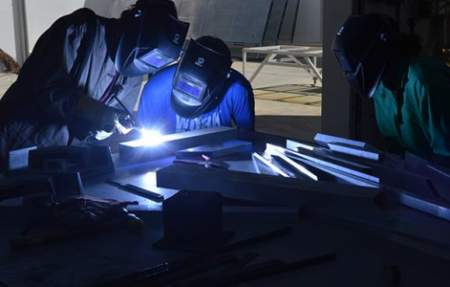 Nafas learns to weld in the fabrication area of the Main Studio, 2016.