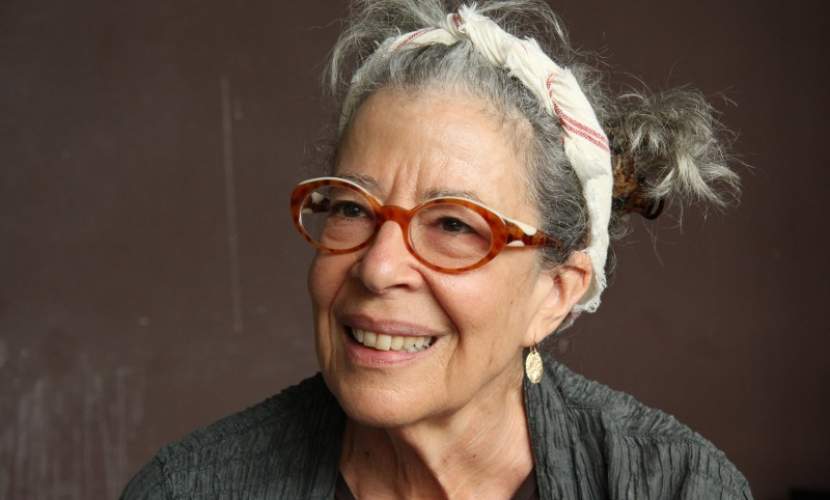 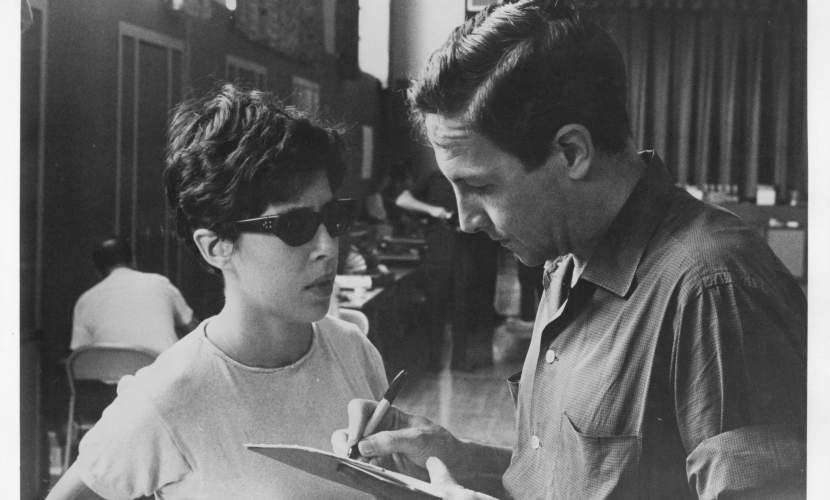 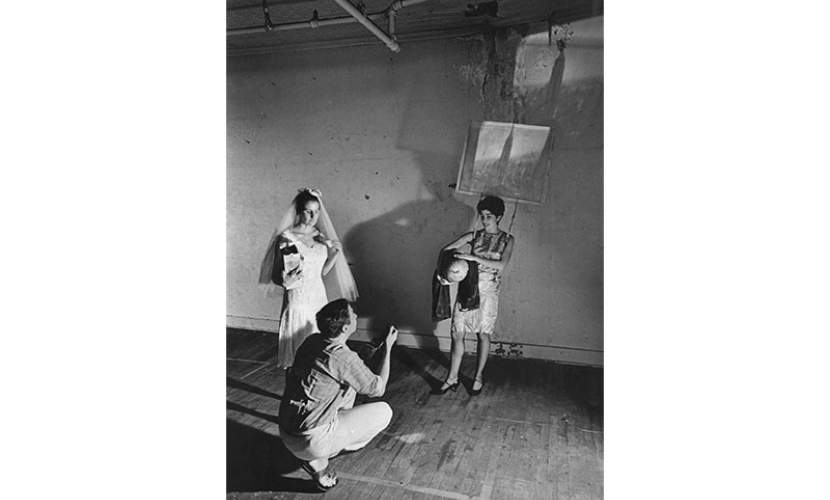 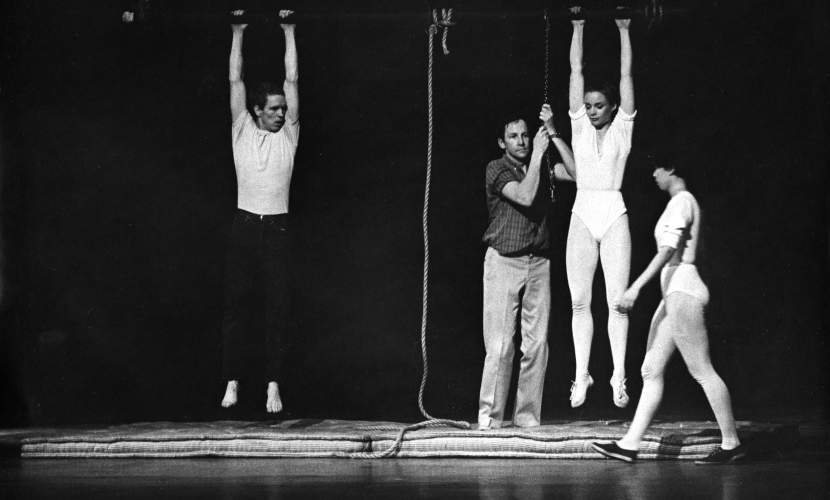 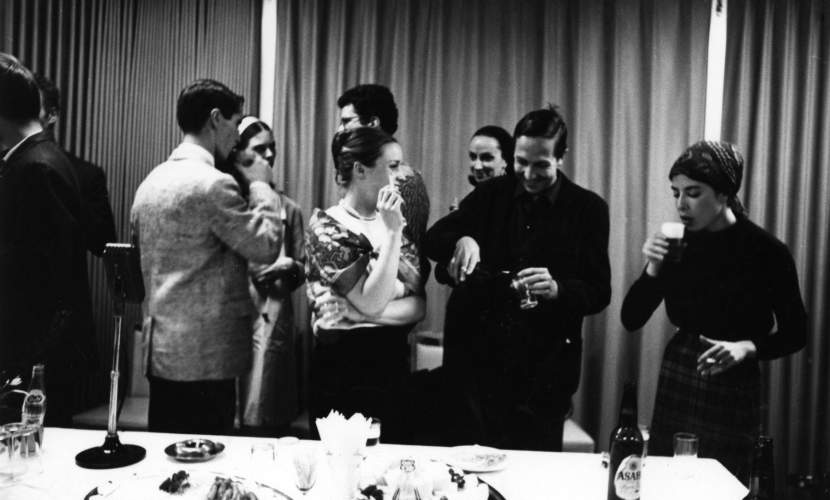 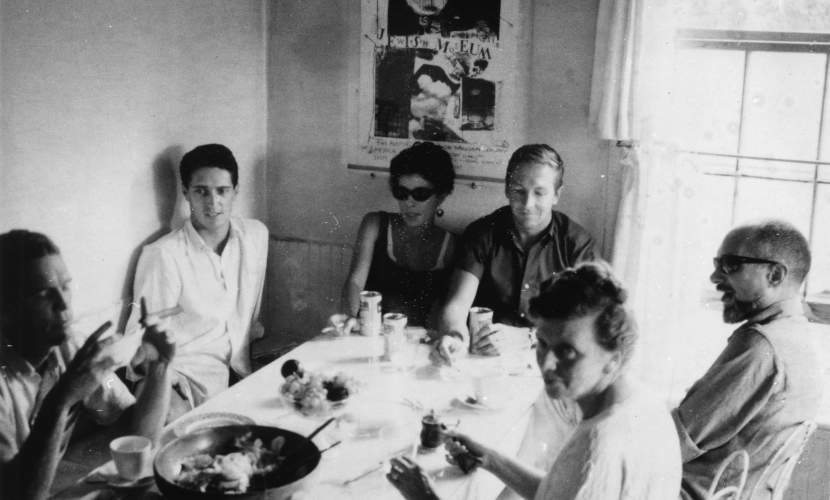 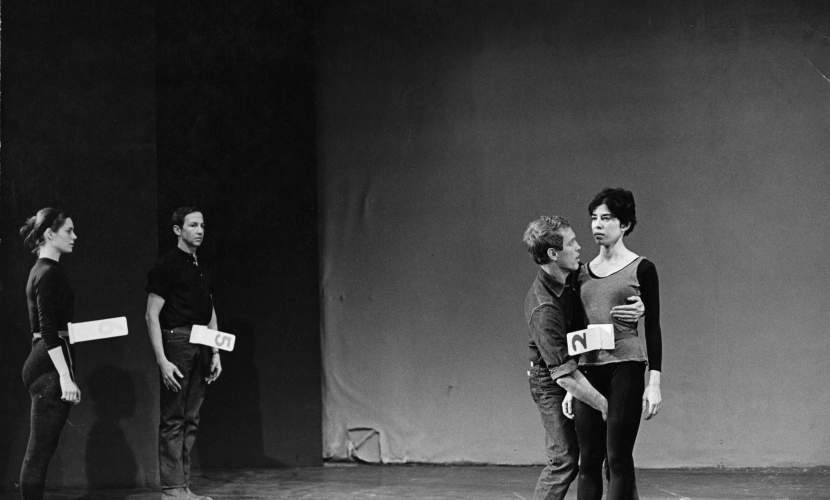 Deborah Hay trained in New York with Merce Cunningham and Mia Slavenska during the 1960s. She became involved with the experimental Judson Dance Theater with Trisha Brown, Lucinda Childs, Simone Forti, Alex Hay, Robert Morris, Steve Paxton, Yvonne Rainer, and Rauschenberg, among others. In 1964, Hay danced with the Cunningham Dance Company while on its world tour and when Rauschenberg served as its artistic director. She went on to develop her own choreography while continuing to perform. In 2009 she received an honorary doctorate degree in dance from the Theatre Academy in Helsinki. Perception Unfolds: Looking at Deborah Hay’s Dance, a site-specific video installation, opened at the Blanton Museum of Art, Austin, in 2014 and traveled to Yale University Art Gallery, New Haven, Connecticut. She was awarded the distinction of Chevalier de l’Ordre des Arts et des Lettres by the French government in 2015. Hay is the author of four books, including Using the Sky: a dance (2016).

Excerpt from Interview with Deborah Hay by Alessandra Nicifero, 2014

Hay: I’m sure I learned a lot more maybe from Bob than anybody about how to work. One of my quotes of Bob’s that changed my life was when Bob said to me—at one point I was going to work on a piece. I said, “Well, I don’t even have any dates yet.” I can’t quite remember the context and Bob said to me, “Never wait for anything.” And that, whoa, that changed my life, right there, “Never wait for anything,” four words and what a message. Yes, so I learned how to work. I think I learned how to work being around Bob. I think I learned what work is. I learned materials to work with, but I learned how to work from him.
Q: There’s always this description of him at work, being engaged, often in the company of other people while still extremely focused.
Hay: Yes and he’s always working, even in his play he’s working.
[ . . . ]
Hay: He could always make something combining things that—yes, in terms of his cooking, yes. Costuming, props, sets, yes he was—he loved the challenge of making things from nothing and that’s another thing that I definitely, definitely got from him, creating something from nothing, a big strong influence in my life.
Q: Which makes absolute sense with “never wait for anything.”
Hay: Yes, right, yes, never wait for anything and surviving.
Document
DOWNLOAD FULL TRANSCRIPT