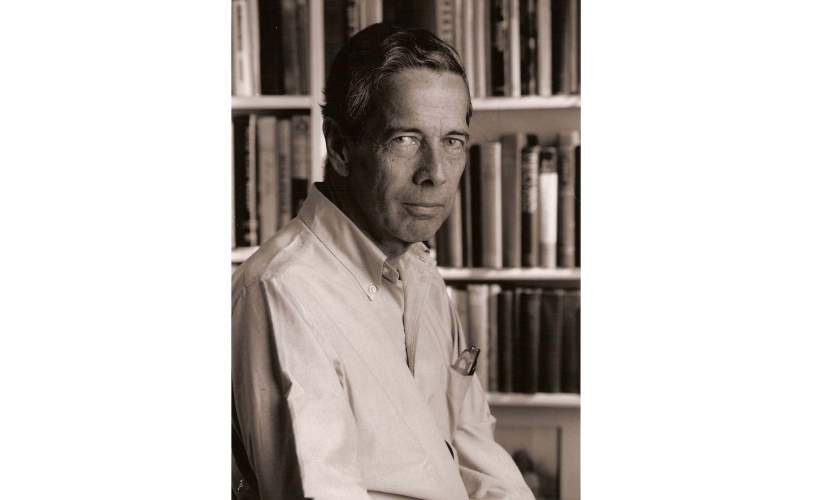 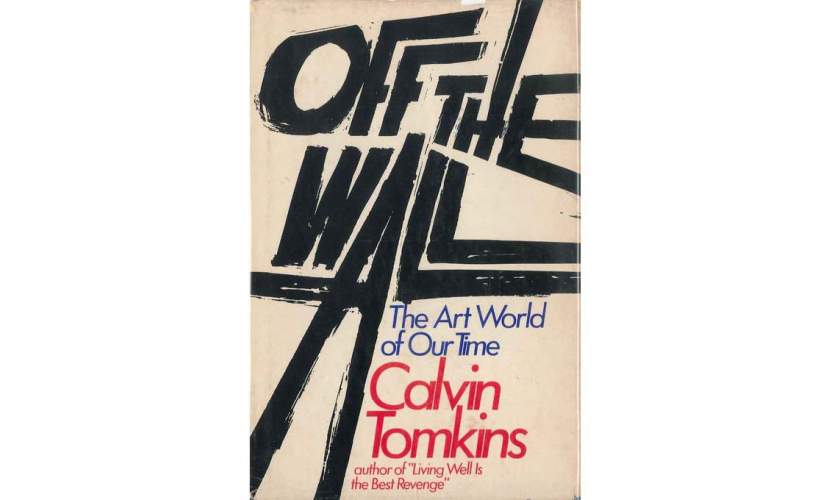 Cover of Off the Wall by Calvin Tomkins.
Garden City, New York: Doubleday, 1980 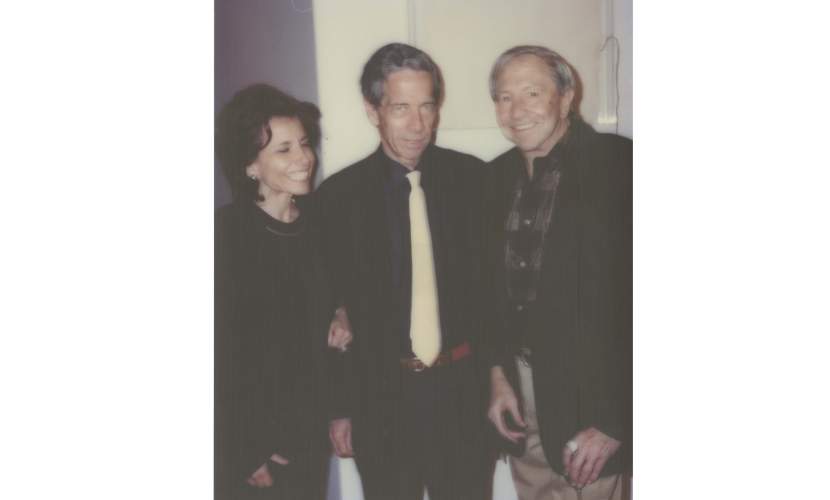 Calvin Tomkins is a celebrated journalist and author known for his coverage of the New York art world. He served as a writer and editor for Newsweek magazine from 1957 to 1961 and began as a staff writer for the New Yorker in 1960, where he remains a regular contributor. He published his first Profile on Jean Tinguely in 1962 and wrote the Art World column from 1980 to 1988. Tomkins has published over a dozen books, including The Bride and the Bachelors: Five Masters of the Avant-Garde (1965), which is a collection of his New Yorker Profiles on John Cage, Merce Cunningham, Marcel Duchamp, Jasper Johns, Rauschenberg, and Tinguely, and Duchamp: A Biography (1996; revised edition 2014). His Off the Wall: Robert Rauschenberg and the Art World of Our Time (1980) remains one of the definitive texts on the artist (revised and reprinted as Off the Wall: A Portrait of Robert Rauschenberg, 2005). Tomkins lives in New York City with his wife, writer Dodie Kazanjian.

Excerpt from Interview with Calvin Tomkins by Mary Marshall Clark, 2015

It seemed like such a free, open, almost casual way of working. But there was something going on there that I didn’t understand until much later. There was this uncanny precision of his own design sense, how one thing would go here and how one image would work not necessarily with another, but against another. How the image of a big clock face would work in conjunction with a geometrical drawing or a very simple image like a plain glass of water or a pile of blankets. A lot of these images that he had made into silkscreens were for ads in magazines. But he also used very different images, not connected to that in any way.

And he would work with them. All these different relationships. Shape, contour, color, reference. And this was all going on continuously without much or any forethought. He said once, “I don’t want to work schemingly.” He was only comfortable when he was, as he said, “When I’m unfamiliar with what I’m doing. As soon as I get too familiar with what I’m doing then I stop and do something else.”

But there was this amazing continuing process at work. It certainly had nothing to do with self- expression. It had a lot to do with the contemporary world, with images that were drawn directly from the contemporary world. He said that discovering the silkscreen process was like Christmas to him. That for years he would go out on the street and find stuff and bring it back and use it in paintings, and this was like being able to do that, but without having to go out and forage. You find an image that had already appeared in the world.

His being able to work with them so fluidly, to put things together that sometimes worked against each other so strongly that they made you a little bit uneasy, but without— There was no sense that anything he did didn’t work. In fact I never saw him throw away a canvas that he thought he’d spoiled. I’m sure it happened, but I don’t think I ever saw it. He just had this immediacy. It just kept moving; the process kept moving. And it was an organic process that came right out of him and it didn’t look like the work of anybody else.